For a bit of a change I’ve decided to show some of my favourite photographs, and some words to go with them – I hope you enjoy! 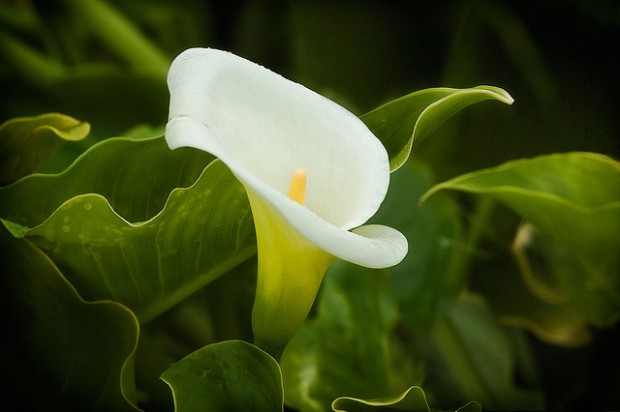 Consider the lilies, how they grow: they neither toil nor spin, yet I tell you, even Solomon in all his glory was not arrayed like one of these.  Luke 12:27

Love set you going like a fat gold watch.
The midwife slapped your footsoles, and your bald cry
Took its place among the elements.

Our voices echo, magnifying your arrival. New statue.
In a drafty museum, your nakedness
Shadows our safety. We stand round blankly as walls.

I’m no more your mother
Than the cloud that distills a mirror to reflect its own slow
Effacement at the wind’s hand.

All night your moth-breath
Flickers among the flat pink roses. I wake to listen:
A far sea moves in my ear.

One cry, and I stumble from bed, cow-heavy and floral
In my Victorian nightgown.
Your mouth opens clean as a cat’s.The window square

Whitens and swallows its dull stars. And now you try
Your handful of notes;
The clear vowels rise like balloons. 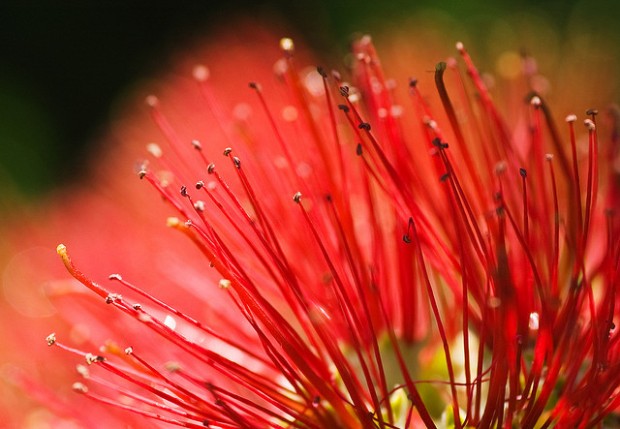 Beneath this giant pohutukawa
the cares of the world seem to cease.
Concrete steps zigzag from the street to a sandy beach
where rusty boat sheds stand on stilts
and women whose bodies are shaped like gourds
walk miraculously into and out of the sea.
You talk but I only half listen…some minutes since
you left me at a bay where the sun like a sword
plunges between the horns of blue breakers.
Beneath this summer’s slow travelling clouds
I am reminded that we both have ancestors
who once upon a time sailed across the world’s biggest oceans.
In their webs of latitude and longitude
like fishermen flinging a net
they caught this solitary planet
floating in blue space like a chrysalis.
Thank you for bringing me here
where the roots of a pohutukawa
like handrails lead down a cliff –
where the flight of seagulls is as eternal as hunger is.
Perhaps we should be like those Persians
beneath a swaying branch with a loaf of bread and a bottle of wine –
watch clouds like a caravan of camels sauntering across the horizon.
Should we stay here until the night has fallen into the sea –
in the morning council workers
would find the imprint of our bodies
close together on a quilt of leaves.
I talk but you only half listen
as we lie beneath this tree
through whose branches life is whispering.
Its roots run right through the spicy earth to Spain.
As we lie beneath blossoms tinged with Garcia Lorca’s blood
do you dream of a country shaped like a butterfly’s wing?

Have a good one!

I love it! A cob cottage built sometime in the 1880’s or maybe earlier…

This is south-west of Gore, and I don’t know how old it is, but it’s great example of the cob cottage, built from stone and earth in a simple and timeless design.  I think it would have been warm, but not very light inside – and given the winters in Southland, those chimneys would have been well-used.

Don’t you wish the women of that time could have left us some more about their lives and dreams?  What would it have been like to leave everything to come out to New Zealand?  All the comforts of home left behind to start a new life in a brand new country?  And what a country!  Nothing like the safe haven of the UK, a much harsher place with none of the history of the Old World.  But wow – what a place to live!

Am I patriotic?  I think I am – I’ve never really waved a flag or been especially fervent about the flag or the national anthem, but I love the landscape.  I belong in this landscape, it’s something visceral to me.

The Maori have a tradition where, when they introduce themselves, they name the mountain, river and area of their birth.  I was born in Auckland, but I grew up in Gisborne.  I’ve chosen to live in Christchurch, and it’s the South Island that calls to my soul.  The hills around Gisborne are limestone and greywacke – they slip at the first sign of rain.  The mountains around the South Island tower with huge boulders that are buried in the hillsides and strewn across riverbeds and seascapes.

The river I grew up with is the Turanganui – it’s the shortest charted river in the world.  It’s the confluence of Taruheru and Waimata rivers, and flows out to Poverty Bay.  The rivers I live by now are the massive braided rivers of the Waimakariri and the Rakaia.  And of course the Avon.

And the mountains?  Hikurangi is the mountain I grew up with – first mountain to see the sun every day.  Now for me I love the Kaikoura mountains.  Wonderful to view, not so nice to climb!

And if you live in New Zealand, you’re never, ever far away from the sea.  Tangaroa, son of Rangi and Papa, (Sky and Earth).  Restless, mysterious, and never ever satisfied.  Wherever I live I hope I’m close to the sea, my real lover!

Two images I took during our trip to the Catlins. Sadly we didn’t make it to Rakiura (Stewart) Island, they had swells of four meters (I cannot even think of that without feeling queasy…) and rain by the bucketful, so we spent more time in Te Anau, Gore, Moeraki and Oamaru… For those of you who have absolutely NO idea where these places are – take a look at this map, or go Google!

Anyway, here are two images – the first is a fern I saw in a place called ‘Long Hilly’, or ‘Round Hill’. Long Hilly was the name given to it by Chinese miners in the late 1880’s. It’s reasonably close to Clifton, but a little further south. 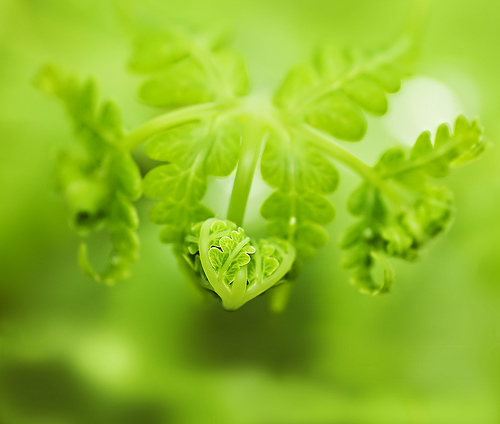 If you ever get a chance to travel to see these places – you won’t regret it!